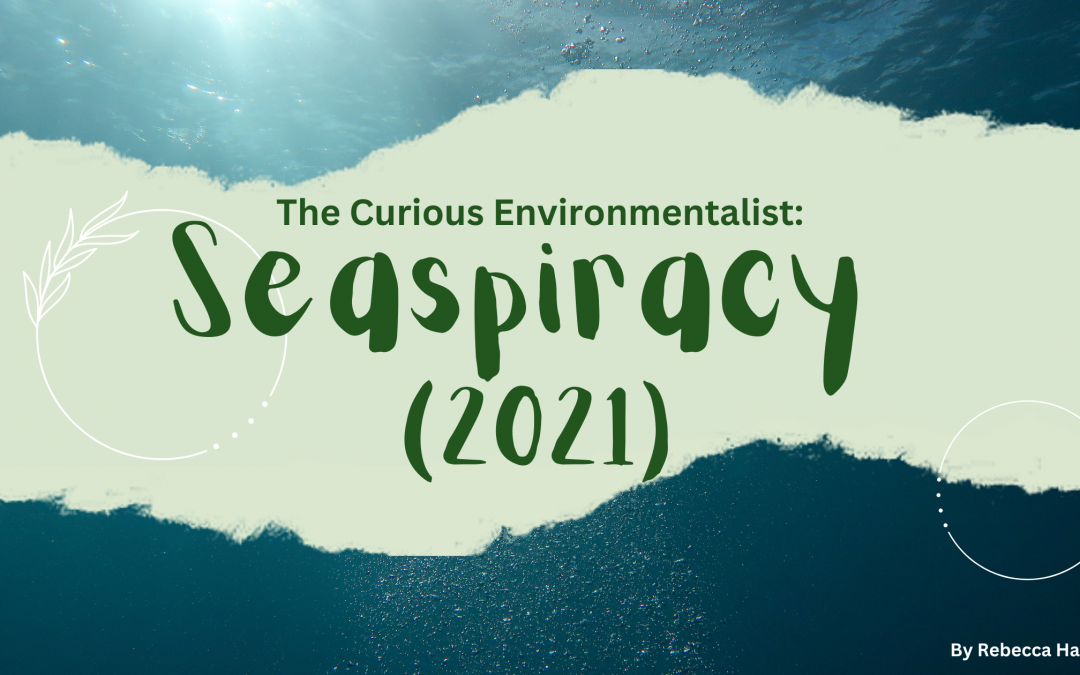 You’ve likely watched the latest Netflix documentary to grip the public’s attention – Seaspiracy. Focusing on the issues surrounding our exploitation of the oceans and the animals that live in the big blue.

Oceans are inherently an intriguing topic. They are home to up to 80% of all life on earth, yet so much of its depths remain unexplored and home to unknown species. This documentary is full of statistics about life in our oceans and the impact our practices are imposing on the ecosystem as a whole. I won’t go into them all here, but they do a really great job of visualising the data sets – so I encourage you to watch the documentary and see for yourself.  However, whichever way you spin it, it doesn’t look good for the species that call our oceans home.

Many of the images and stories told in Seaspiracy are not new to those who consciously educate themselves on the issues that face our planet. The reality is difficult to swallow and, if you are so inclined, there is plenty of information out there for you to find – written by those who are much more qualified than I am to pass judgement – but here are some top line findings to get you started.

No-one can do everything, but everyone can do something.

Many of us are aware of the increasing number of beached whales and other ocean mammals who are falling victim to bellies full of plastic waste from human activities. Plastic pollution is not a new issue, we have all started to do our bit, but we are not changing our ways fast enough to prevent damage to our oceans.

Plastic pollution is more than just plastic straws and carrier bags. There are so many plastic products that are polluting the oceans, which break down into microplastics and become increasingly difficult to clean up. Much of the waste in the oceans gets caught in ocean gyres and collect in ‘garbage patches’ – the most infamous being the Great Pacific Garbage Patch. The Great Pacific Garbage Patch can be found in the North Pacific Ocean, it is a vast collection of debris ranging from everyday plastics, to discarded fishing gear and microplastics. Some estimates suggest that it could be millions of square kilometres in size. This is the largest of its kind, but there are other similar areas of the ocean which are also filled with plastic pollution and debris.

These plastics are not only dangerous to marine life and a damning illustration of our bad lifestyle habits, they also breakdown into smaller and smaller pieces – becoming microplastics. These microplastics are getting into the food chain and are even ending up in the fish that are part of our human diets.

EXPLOITATION – BOTH ANIMAL AND HUMAN:

Exploitation is a huge part of the Seaspiracy argument against the fishing practices of modern life. A large part of this is the use of marine mammals for the entertainment industry, which often leads to the killing of many individual creatures for the sake of catching just a few for profit. Keeping marine mammals in captivity is an increasingly controversial issue which is being addressed, but exploitation runs deeper than once thought.

There is evidence to suggest that there are instances of human slavery and exploitation on some fishing boats, there is also a concern for the exploitation of poorer communities by large corporations and trawler ships. Human rights violations are leading to the suffering and even death of workers within the global fishing sector.

Besides the exploitation of workers and marine mammals, there are other practices within the fishing industry that are causing havoc with our oceans.

Trawlers are devastating marine ecosystems by taking an unsustainable number of fish plus “by-catch” of fish, marine mammals, and seabirds, and destruction of sea floor habitats. These are causing huge impacts, on top of the issues surrounding physical pollution, such as ghost nets.

So, maybe fisheries and fish farms are a better way forward? Well, not so much, according to Seaspiracy. Fish farming is also damaging ecosystems through the excessive use of chemicals and medications to maintain the health of overcrowded populations. This not only pollutes the surrounding areas, but also often leads to habitat destruction to clear space on coastlines for the farms.

The increase in the scale of industrial fishing is beyond belief. The practices are more destructive than the worst terrestrial deforestation, yet because it is the bottom of the ocean, there has been an out-of-sight-out-of-mind mentality. We can no longer afford to ignore the destruction.

I’ve already touched upon the alleged slavery in the fishing industry, however there are more instances of crimes and corruption that Seaspiracy highlights. Piracy is something that has been in then news on and off over the past decade. Somalian fishermen are being driven to crime to feed their families due to loss of livelihood – with the fish populations they previously harvested being decimated by large fishing trawlers and corporations.

There are also potential stories of organised crime instigating murder of those who are exposing the questionable practices that are lining the pockets of some, whilst exploiting others – which although being shocking, is not overly surprising.

Seaspiracy also goes into other issues which are worth considering and I urge you to do your own research into them if you are interested, including:

Local traditions are a delicate matter to contend with. It is important not to be judgemental of traditions and local community beliefs, yet some activities are seen as destructive and/or outdated. These are difficult issues and there are many arguments about the validity of some practices, and the comparison of some to equally controversial, modern farming practices. It is an interesting debate, and it is something that you should all research and decide for yourselves.

Examples that may fall into this category include:

Biodiversity loss and extinction are a huge strain on the natural world right now, with some estimates predicting that we will have virtually empty oceans by 2048.

This decline is not helped by the negative media portrayal of sharks (and other non-charismatic at-risk creatures), the lack of knowledge about the vital part they play in the ecosystem, and the impressive history of these prehistoric creatures. Like whales and dolphins, algae, plankton – every species in the oceans are a major part of the marine ecosystem. Working together they allow for biodiversity, carbon absorption, and oxygen production. What we should be emphasising in the media is that If the ocean dies, so do we.

It is hard to watch. It is hard to swallow. But it is real life, and these things are happening in the world right now. We cannot be ignorant by choice. We must not turn away. We must make a choice about how we want to live our lives, what our morals are, what is truly important, and we must unapologetically stand up for those believes from a point of knowledge, discovery of facts and an appreciation of the part we play in the wider picture of life on Earth.

So, how do oceans recover? Oceanic rewilding is coming to the forefront of conservation efforts. Despite what we are doing to the ocean, it is resilient, and it may be able to recover if we stop the exploitation. Currently large areas of ocean have been closed to commercial fishing and this can help replenish populations. There is a way to live more sustainably and keep the oceans the beautiful ecosystem that is so beneficial to us all, however, whilst the industry is still so unregulated – there is little more we can do than to stop eating fish and funding the problem. The choice is yours but if you are looking for something to do to help the oceans, it’s a good place to start.

Seaspiracy – Images of blood-filled water, corpses of serene ocean creatures, and an eerie silence in the aftermath of the chaos of the hunt, Seaspiracy aims to shock and to stay with you. It has received mixed reviews from those who feel like they have been misrepresented or that facts have been twisted for enhanced shock value. However, when viewing this documentary, regardless of your thoughts on the subject, there is no denying the flaws in the system, and the fishing industry is definitely playing its part in the many practices that are destroying our home planet.

At the end of the day, this is a piece of journalism, they were looking for a story, and they have edited a documentary to keep viewers watching for 90 minutes and to make their point – whether you agree with everything they say is irrelevant – it has started a wider conversation about our impact, and that is vital.